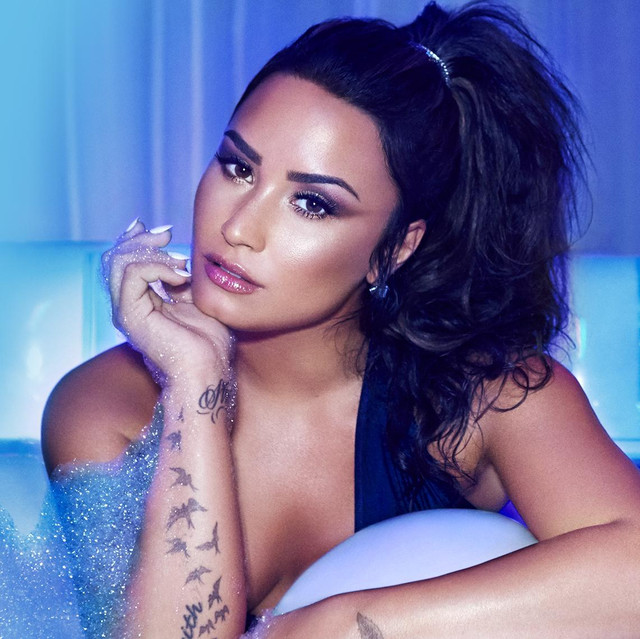 About:
Demetria Devonne Lovato ( lə-VAH-toh; born August 20, 1992) is an American singer, songwriter and actress. After appearing on the children's television series Barney & Friends as a child, she received her breakthrough role as Mitchie Torres in the Disney Channel television film Camp Rock (2008) and its sequel Camp Rock 2: The Final Jam (2010). Since signing with Hollywood Records, Lovato has earned one number-one album on the US Billboard 200: Here We Go Again (2009), and five top-five albums: Don't Forget (2008), Unbroken (2011), Demi (2013), Confident (2015), and Tell Me You Love Me (2017). She has also earned seven top-twenty entries on the US Billboard Hot 100: "This Is Me", "Here We Go Again", "Skyscraper", "Give Your Heart a Break", "Heart Attack", "Cool for the Summer", and "Sorry Not Sorry". Of her television credits, Lovato starred as the titular character on Sonny with a Chance from 2009 to 2011; was featured as a judge and mentor on the American version of The X Factor in 2012 and 2013; and appeared as a recurring character on Glee. Her struggles with bipolar disorder, addiction, an eating disorder, and self-harm received significant media attention in the 2010s, in response to which she released the book Staying Strong: 365 Days a Year (2013) and a YouTube documentary about her life and career, titled Demi Lovato: Simply Complicated (2017). Musically, Lovato is considered a pop, pop rock, and R&B artist. Lovato has received a number of accolades, including an MTV Video Music Award, 13 Teen Choice Awards, five People's Choice Awards, an ALMA Award, and a Latin American Music Award. Outside the entertainment industry, Lovato has been involved with several social and environmental causes since the launch of her career. In May 2013, she was cited for her dedication as a mentor to teens and young adults with mental health challenges at a National Children's Mental Health Awareness Day in Washington, D.C.. She has also become an advocate for the LGBT community. In 2014, she became the face for the Human Rights Campaign's Americans for Marriage Equality Campaign. In April 2016, Lovato was honored with the GLAAD Vanguard Award for her activism.